In these days of rapid change, while so much is on hold at the same time, I like to take a moment for a retrospective of my street photography. Today I start to filter through my work to give it a revival, hoping to inspire and share perspectives on our society.

Photographing thousands of scenes in the past 15 years, I try to remember my thoughts, the feeling and intention I had when taking each photo. Sometimes it was a sense for absurdity in a moment that looks so common, sometimes it is the opposite, a weird or crazy scene, that a few weeks later had become normal.

In our society we adopt so quickly, take things for granted, accept it as the new normal and that's exactly what we should be aware of these days. Times are changing and it will only be for the better if we stay aware, critical and don't give in to new developments, laws, behaviours and politics that might not be in our best interest.

This is the oldest photograph in my portfolio. Back in 2004, nobody could imagine that such a common scene, three men sitting in a tram with their hands folded, would become unusual. In 2007, the first iPhone was released and our lives became unimaginable without smartphones. From today's perspective, this photograph appears much older than it actually is. 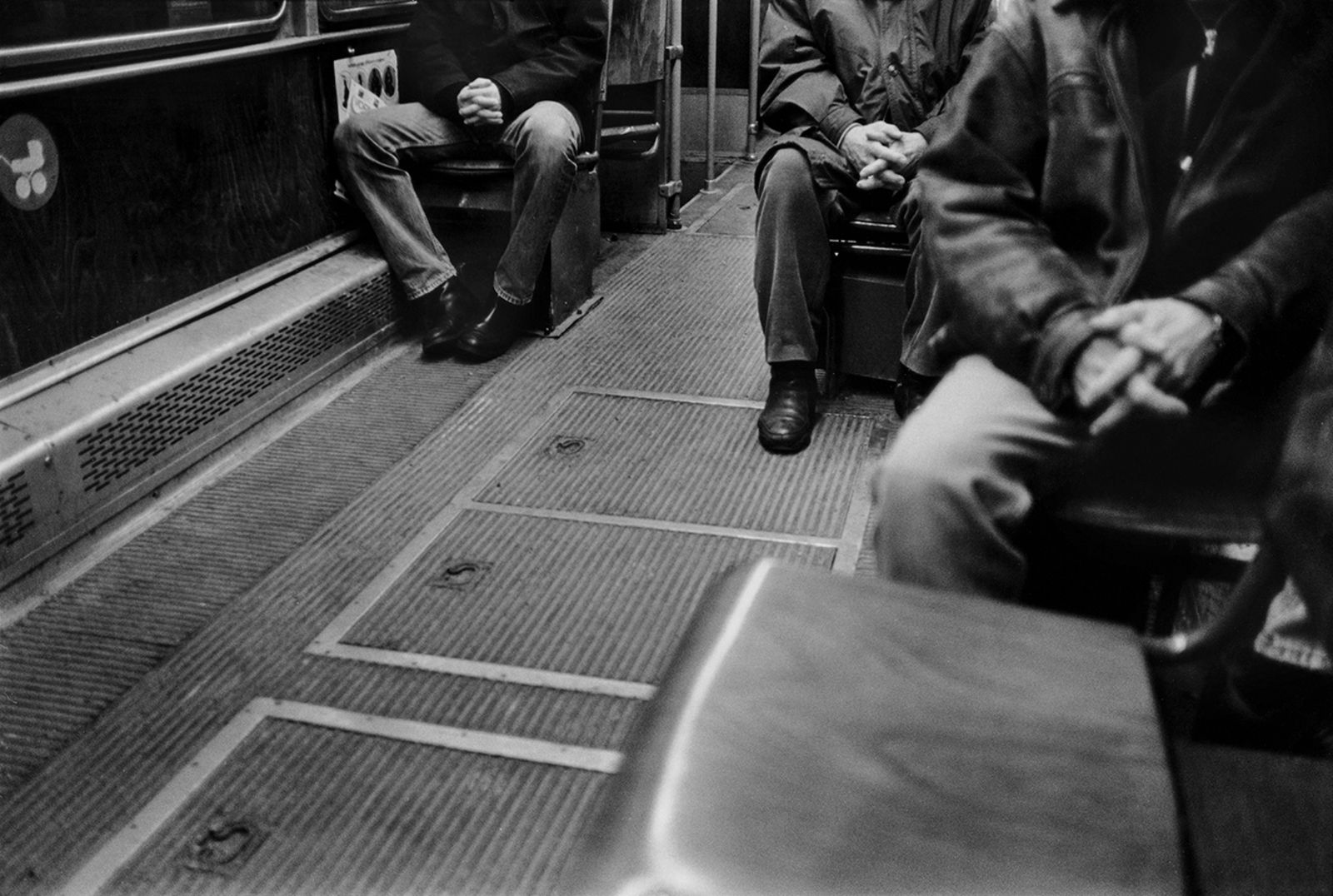 Besides a man looking at pornography in a window next to the street, there is something else that seems extremely absurd from today's perspective. The era of internet cafes. It lasted for about 20 years and in 2008 when I took this photo, it was one of its last in Vienna. Today, wifi and mobile internet forced them to disappear in most places. In 2020 it's hard to imagine that there was a time when people walked into cyber cafes just to rent a computer and go online. It is for certain that internet cafes will never their see their comeback, yet pornography will be accessable to everyone, everywhere now.

A few years later, digital devices have evolved to be functioning as our external brains and tools. Laptops are affordable for most, plugs and access to wifi have been installed wherever you go. Even between connecting flights, people fill gaps of time with their devices, as they feel the urge to be as economical and up to date as possible. 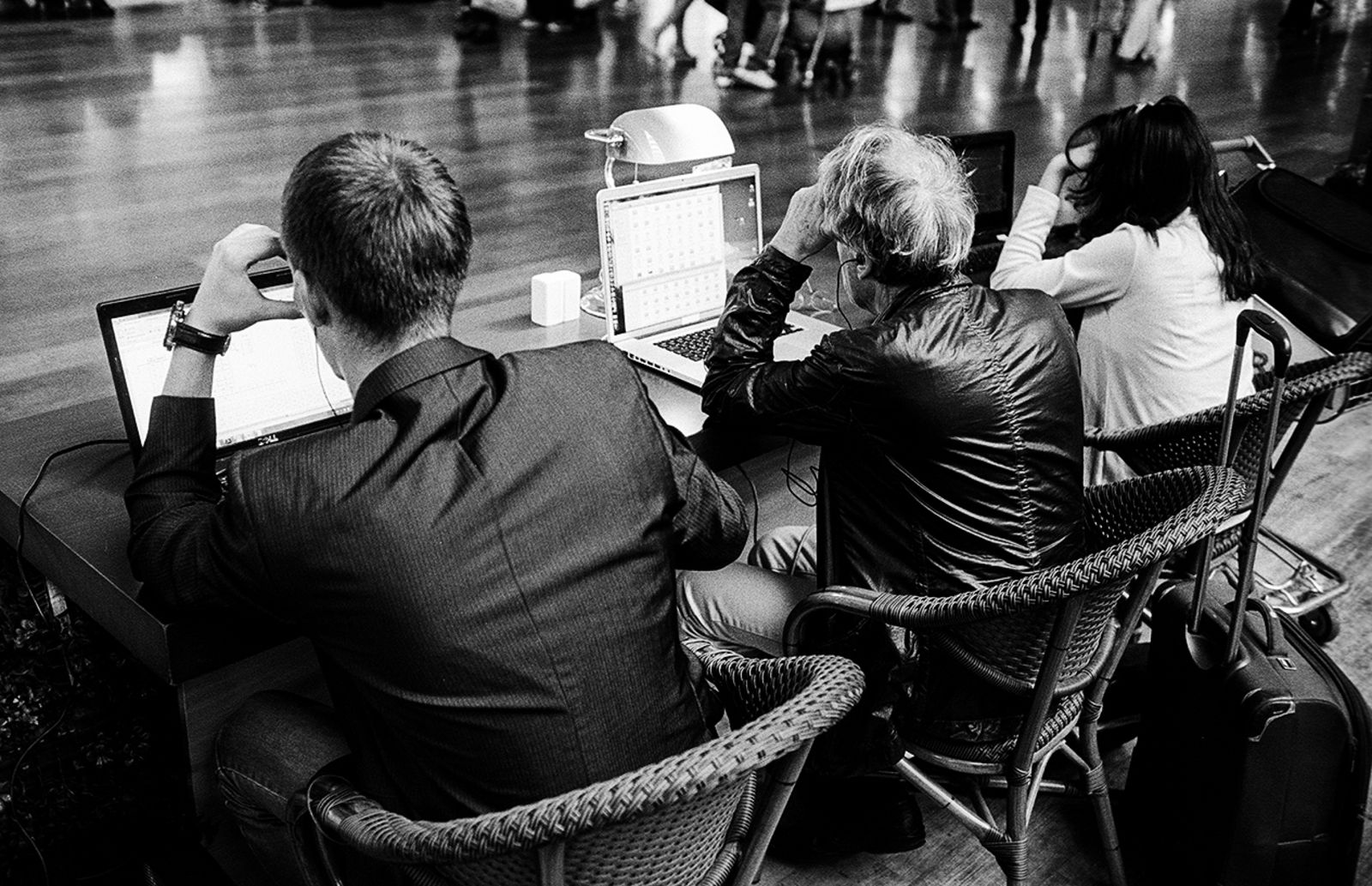 In 2016, access to information is dominating our lives in every aspect. What has been the TV for decades, has transformed into fancy portable extensions of our bodies. Applications are designed to be most user friendly, entertaining and addictive. We spend time on our devices whenever there is a possibility, feeding a global data machinery that creates the new generation of the rich. 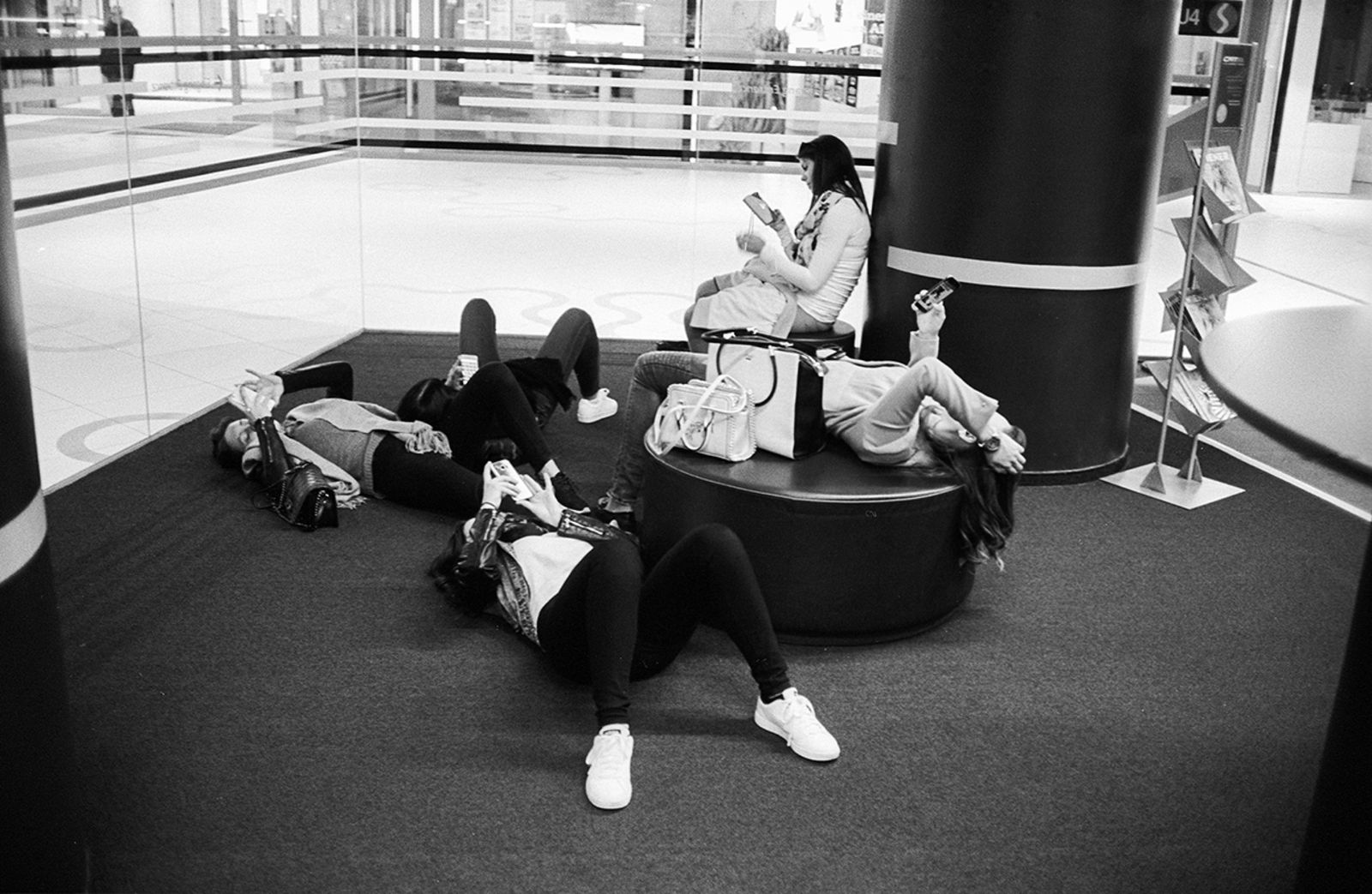 With the option of connectivity of our devices, Bird released their first fleet of scooters in September 2017 in Los Angeles. Followed by other companies, they quickly transformed urban landscapes in many cities around the world. Traffic, pedestrians and laws had to make adjustments to this new form of transportation. Chargers collect drained scooters, so that people can hop on full batteries again.

Today, it seems that as quickly as electric scooters appeared, they start to disappear and with them the chargers. It seems that scenes like this one were part of the streets for only a short while. 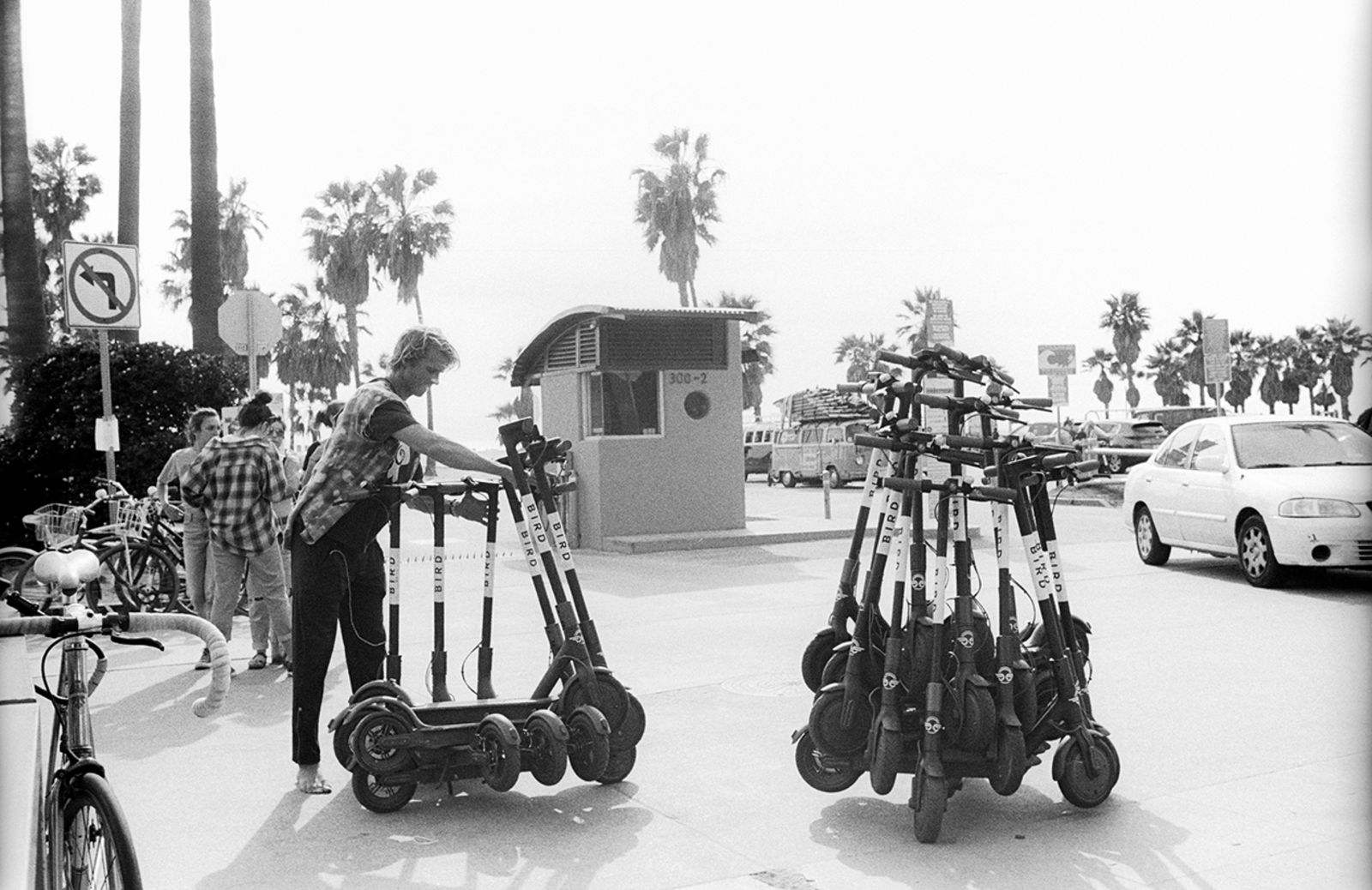 I love this! Apparently I have been following your work for more than 15 years now, as I distinctly remember the hands on the metro. It has always been a strong image, even before smartphones. Please keep doing this. I believe you have plenty material for a book!

So good to again see some photos from you... hope you are well Sev! All the best! Cheers, Pedro