In 2016, I was on tour through South Africa with Mario Rom's Interzone. One afternoon, I snuck out of my hotel to walk in Johannesburg. I was told not to cross the Mandela bridge to Newtown, as it was dangerous, yet looking for busy street life, this is exactly where my instinct took me. As I was in a new place, most things caught my attention but when I took his photo, I knew I had captured something more than a random every day moment. He reminded me of a woman I saw in Nicaragua who also sold individual rolls on a market. Through my travels I learned that in some places, toilet paper is still considered a luxury item and as absurd as this sounds, these photos are proof of it and put what we take for granted into perspective. I know what was on my mind, taking his photo but to this day I can only wonder what was on his. 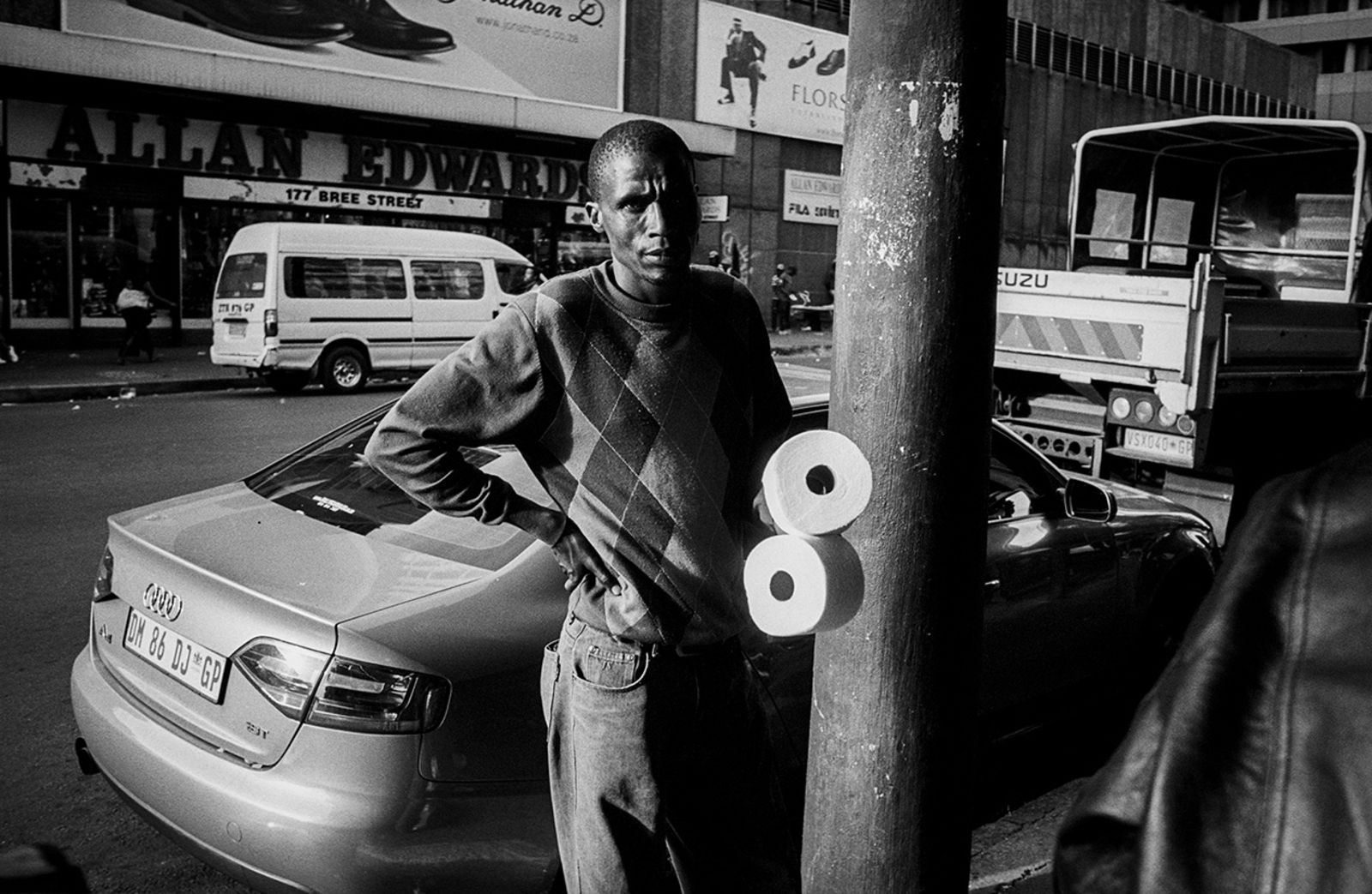 As a photographer, I'm drawn to leave the beaten paths, to get a wider impression of where I am. The Mercado Oriental in Nicaragua was one of those places, where I was advised not to go yet exactly there I saw scenes that many tourists are sheltered of.

Around mid march, one of the first signs of a hysteria was people stocking up on toilet paper and paper rolls. Empty aisles and price gauges were the result. When I took that photo in 2015, I didn't think about any of this. I just saw a man uncomfortably carrying 30 rolls of paper towels. The equivocation of the word bounty adds another layer. The caption I wrote in my blog was "bounty hunter", as he seemed to be desperate about these towels, basically carrying his bounty. In the last month, millions of these bounty hunters all over the country tried to get their hands on these precious rolls. 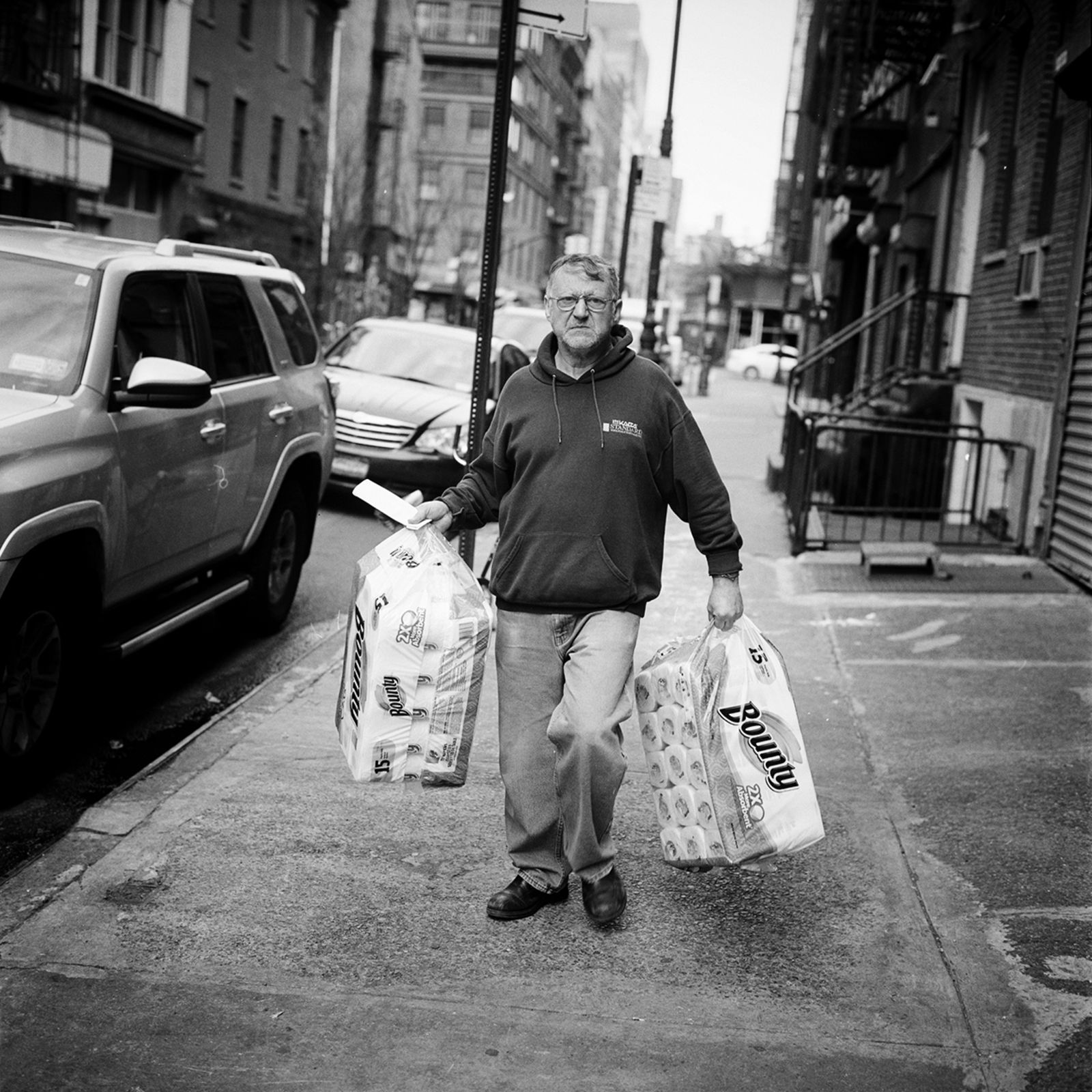