Although the great majority of us will stay safe and healthy, the economic and social changes will affect us all. I was reminded of my time at the Austrian army and how it back then became my new reality, literally over night.

On 7th of May 2007 my civil status was changed to Soldier. A booklet in the mail informed me about the new laws that applied to me. Despite studying at the Academy of Fine Arts, I had to prepare myself for this unknown territory. On my last night at home, I shaved my head and started the documentary of my time at the army. 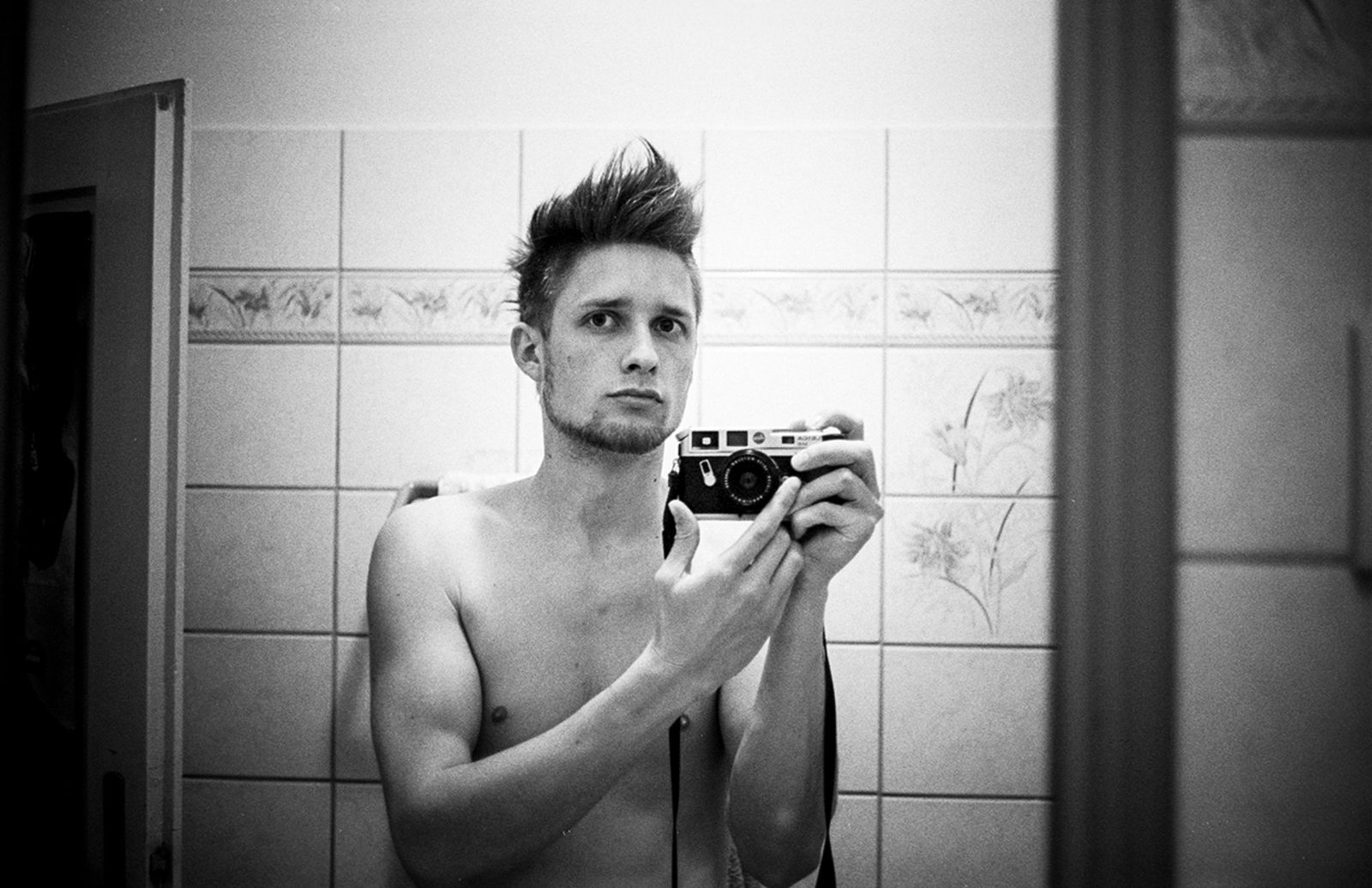 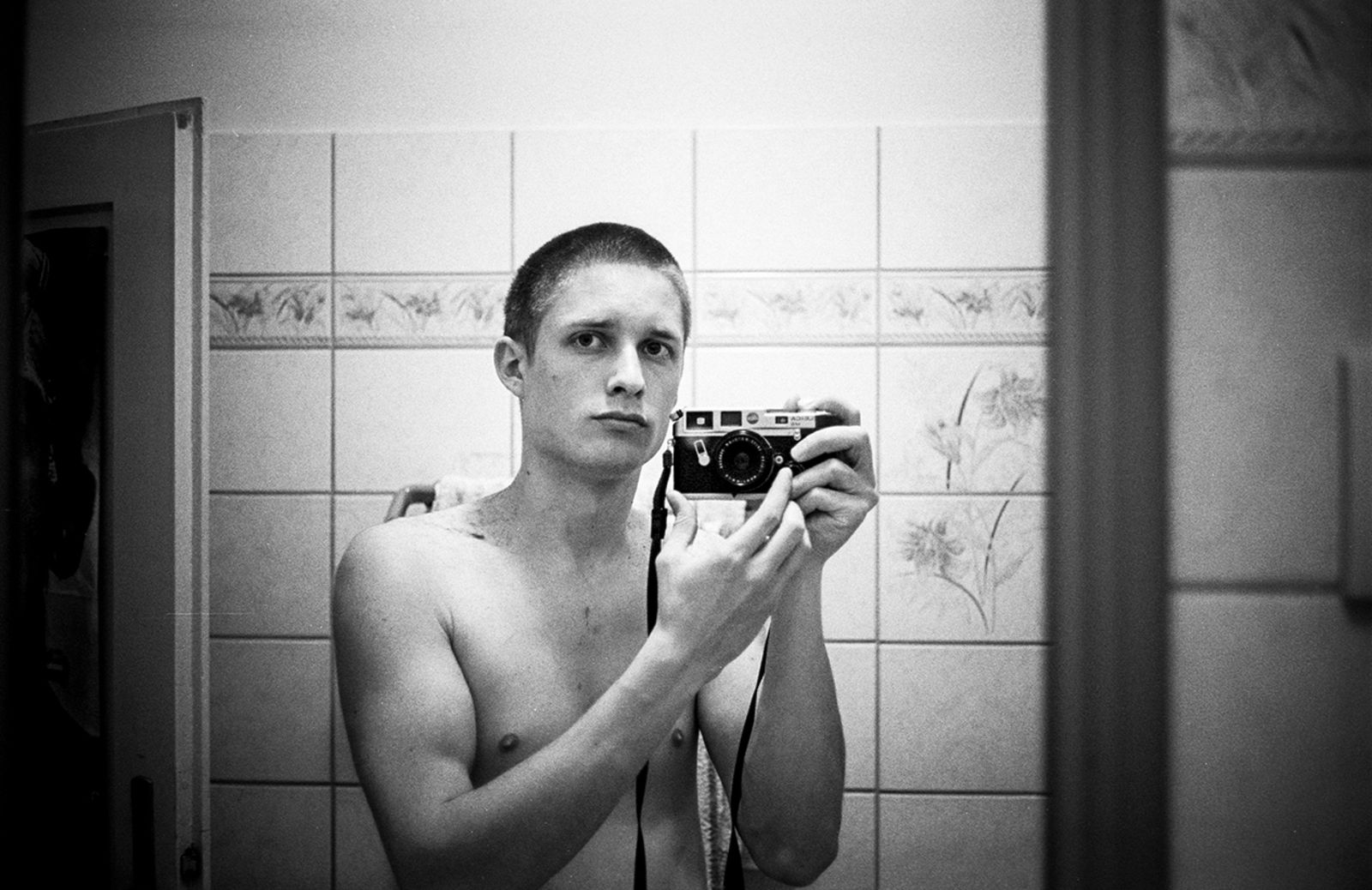 Our instructor told us in the case of a nuclear or chemical weapons attack, we have 9 seconds to put on our mask and another minute for the suit, or risk a horrifying, slow death. It sounded so far from reality, our training felt like a chicane to us.

That day, when we came back from the field, everyone was soaked in their own sweat and ripped off their masks and suits immediately. I walked straight to the bathroom, knowing it was the last chance to take a photo of myself in that gear.

A few days ago, I opened a box of computer cables and found a small print of this photo inside. It took me right back to this moment of apocalyptic absurdity. 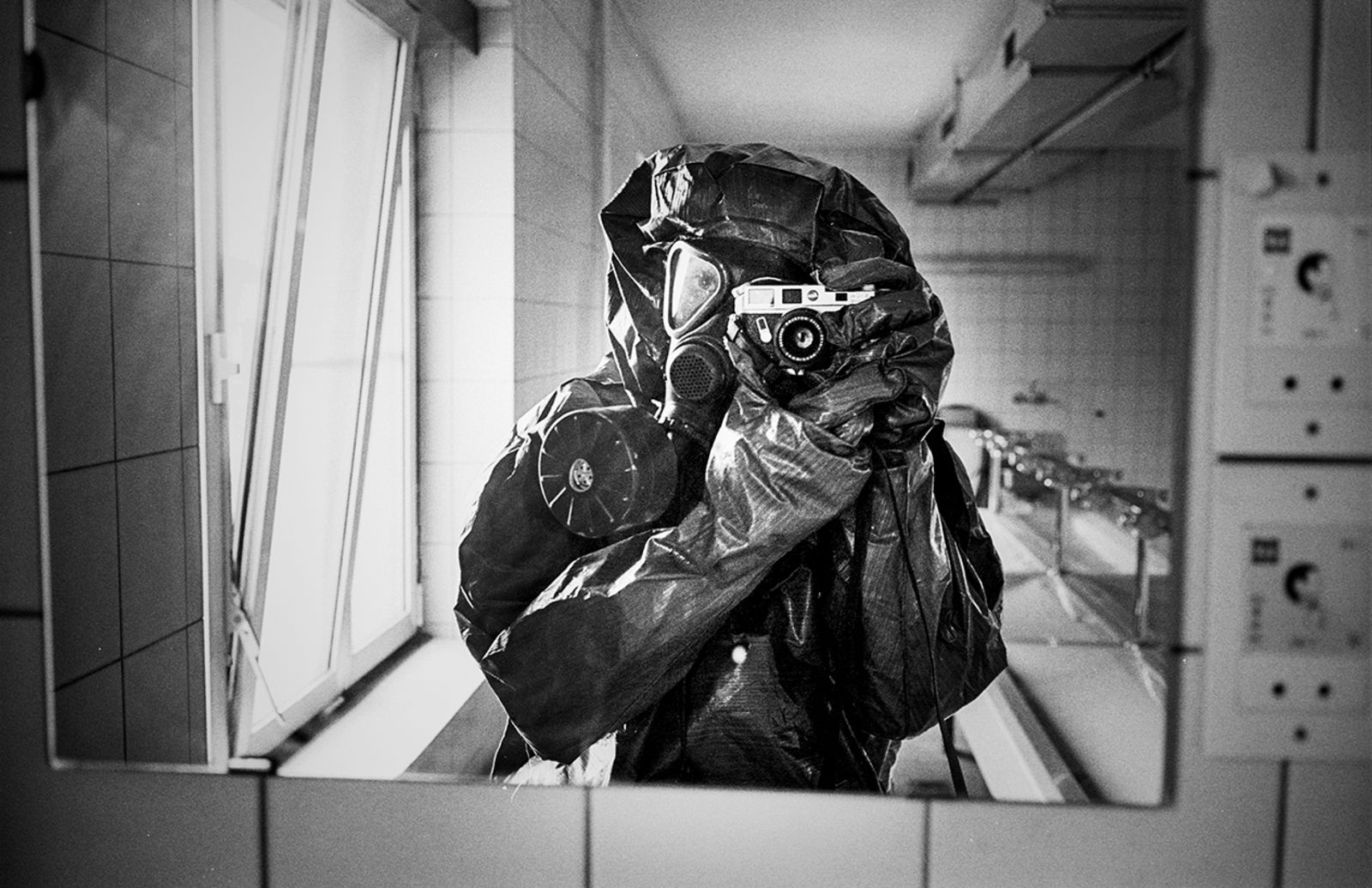 On my first visit to the United States, I took this photo. More than ten years later, the symbolism and juxtaposition hasn't lost its power. 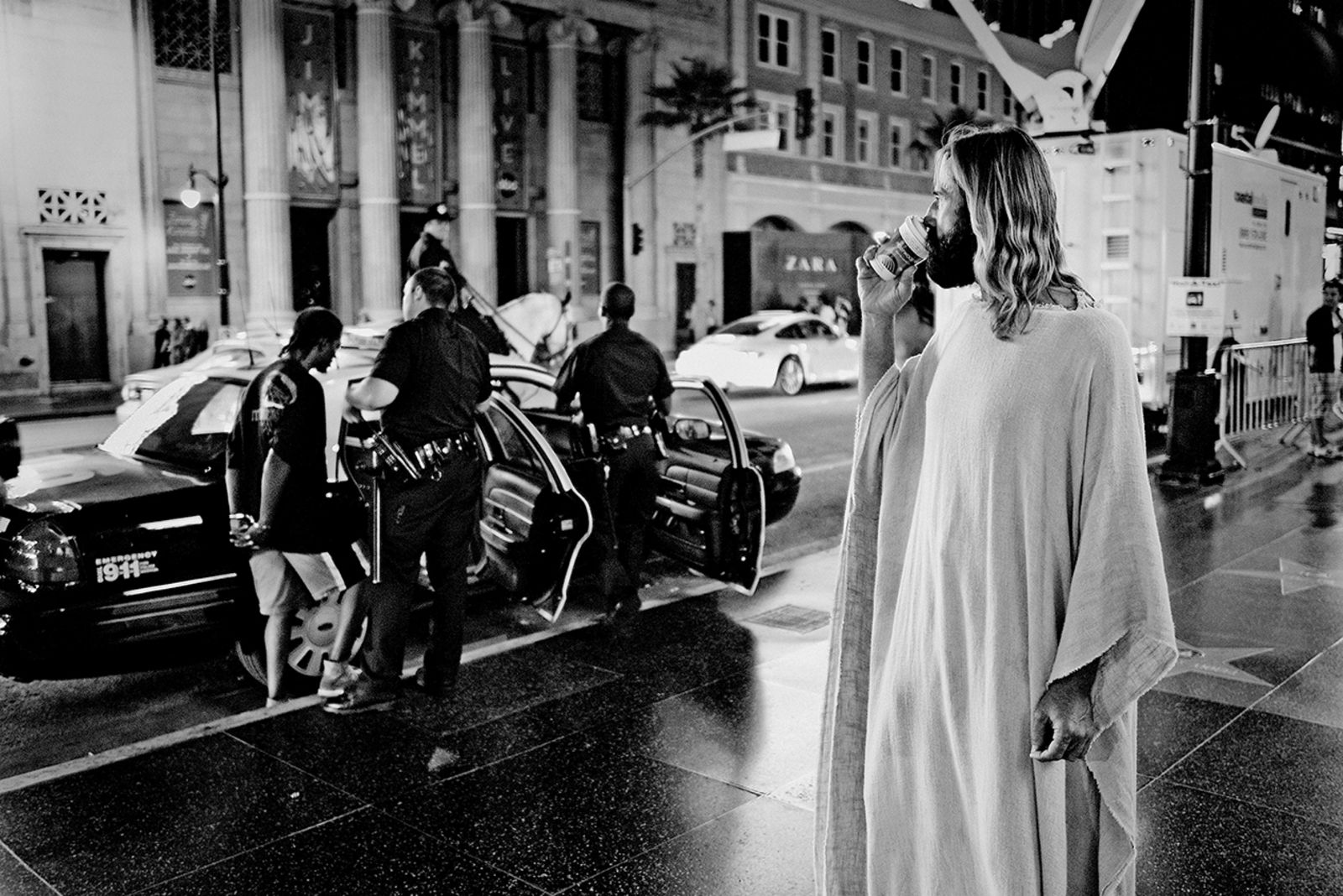 Compared to Jesus, this photo is much less spectacular, hence I've never paid much attention to it. One of the strengths of Street Photography though, is the documentation of the seemingly ordinary. It gives us a perspective to reflect on life in a more sober way.

They were just strolling down the street like it was their everyday routine. It was neither theatrical nor had anything obviously absurd to it. After 9-11, the new threat was terrorism. Since then, everyone had become familiar or grown up with counter-terrorism measures in public and personal life. In 2012, their vests were a reminder to a threat, that was not actually there, but lingering in our society never the less.

After COVID-19, counter-pandemic measures bear the potential to become instrumentalized for more surveillance and suppression of freedom as we open a chapter of a new, global threat in 2020. 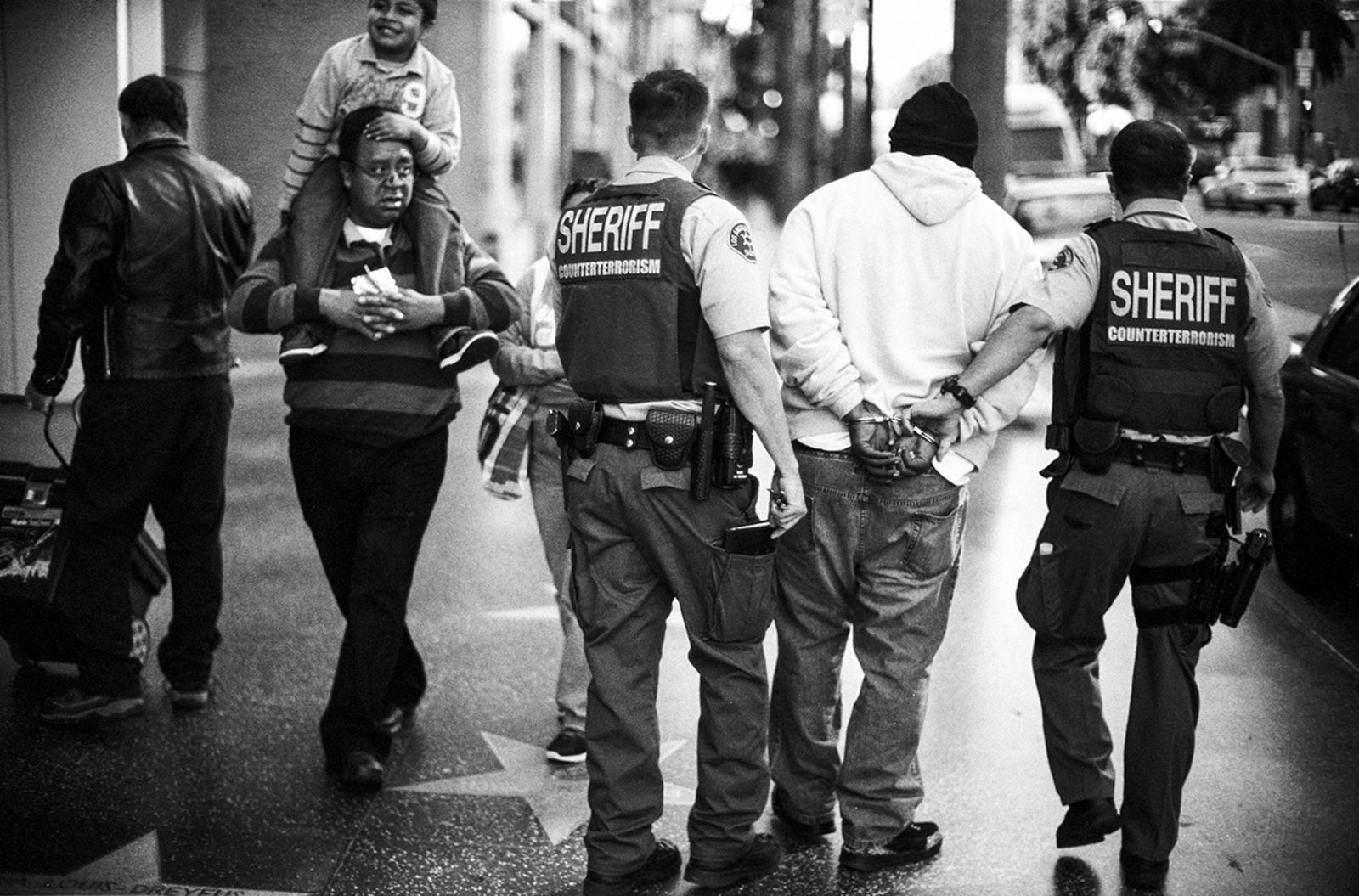 Los Angeles is in many ways a small representation of the world as seen on TV. We seem to have it all and its visitors and people who live here are good sample. Keep posting photos I look forward to seeing them. Cheers.

Indeed, the more civilized a society is, the less freedom its citizen have. The more wealthy a country is, the more obedient its habitants are, as they cling to their confortable way of life and material possessions. And the more likely they will accept new restrictive laws, as long as their life standard remains. Today, most are waiting for the pandemia to end, only to resume the work/consumerism loop.